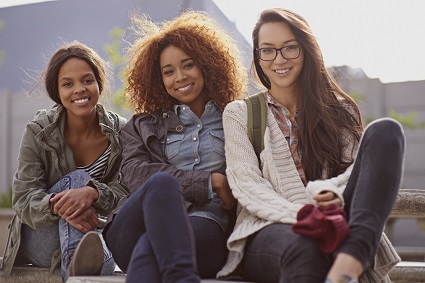 The 79 percent wage ratio figure, the most commonly used figure to measure the gender wage gap in the United States, is often derided as misleading, a myth, or worst of all, a lie. In this post, we argue that the figure is an accurate measure of the inequality in earnings between women and men who work full-time, year-round in the labor market and reflects a number of different factors: discrimination in pay, recruitment, job assignment, and promotion; lower earnings in occupations mainly done by women; and women’s disproportionate share of time spent on family care, including that they—rather than fathers—still tend to be the ones to take more time off work when families have children. Just because the explanation of the gender wage gap is multi-faceted does not make it a lie.

When a phenomenon, such as the wage gap, can be explained by various factors, it does not mean the phenomenon doesn’t exist. In fact, those explanations are the exact factors to look at when identifying interventions to solve the problem. Take another phenomenon for example: poverty. Black and Hispanic populations in the United States have higher poverty rates than the white population. When analyses control for education, place of residence, type of job, and many other factors, the remaining differences in poverty rates are smaller but not gone. It is not a myth or a lie, then, to say that black and Hispanic Americans are disproportionately more likely to live in poverty. Indeed, they are.

Here are five key facts to remember about the gender wage gap:

1) Other data series on weekly or hourly earnings are not necessarily more accurate than the annual figure.

Some claim that proponents of equal pay use the 79 percent annual wage ratio figure because it shows the biggest wage gap, 21 percent, when other data series on weekly and hourly earnings available from the Bureau of Labor Statistics (BLS) show slightly smaller gaps. There is no basis for the claim that weekly or hourly data are a more accurate representation of inequality in pay between men and women. The 79 percent annual wage ratio figure is the historical headline figure, likely because it allows the longest comparison across time and includes the broadest range of different kinds of earnings, including self-employment income. Annual bonus payments, for example, are a big part of remuneration in some fields and are included in the 79 percent figure, but are excluded from the weekly or hourly earnings figures. Both the weekly and annual earnings ratios are for full-time workers only; if part-time and part-year workers were included, the ratios of women’s to men’s earnings would be even lower, as women are more likely than men to work reduced schedules, often in order to manage unpaid childrearing and other caregiving work.

2) The annual wage ratio of 79 percent is actually a moderate estimate of gender pay inequality.

If part-time workers were included, a figure that Statistics Canada uses, the wage ratio would be 69.9, a gap of 30.1 percent. The United Kingdom has used life-time earnings ratios. One IWPR study found that across 15 years (ending in 1998, using the Panel Study of Income Dynamics), the typical American woman earned just 38 percent of the typical man. The Urban Institute, using Social Security earnings data, finds that the typical wife earns about 50 percent of what her husband does across their working lives. In fact, the 79 percent figure falls in the middle of the range of these other estimates.

3) Women’s ‘choices’ are not necessarily choices.

Wage gap skeptics emphasize that women ‘choose’ different and lower-paying college majors than men, implying such differences mean that the wage gap measure is not a good measure of economy-wide wage inequality. ‘Choice’ is, of course, an unverified assumption. There is considerable evidence of barriers to free choice of occupations, ranging from lack of unbiased information about job prospects to actual harassment and discrimination in male-dominated jobs. For instance, a library assistant may choose to go to school for 6 more years to become a librarian, or she may choose to go to school for half that and become an IT support specialist, if she knew that librarians and IT support specialists were paid roughly the same per year. In a world where half of IT support specialists were women and half of librarians were men, men and women might ‘choose’ very differently than they do now. We do know that young women and men generally express the same range of desires regarding their future careers in terms of such values as making money and having autonomy and flexibility at work, as well as time to spend with family.

4) There is no proof that being a mother makes a woman less productive on the job.

There are legal cases, as well as social science research studies, that show that just by the mere fact of being a mother, women’s advancement opportunities shrink, and just by being a father, men’s grow. And why should women who may be decades past the phase of active childrearing still be suffering a wage penalty? While it is true that women typically take more time away from work for child rearing than do men, that decision often makes economic sense when a wife’s wages are lower than her husband’s—equal pay would likely lead to more equitable sharing of child rearing. In fact, women’s human capital (generally measured as years of education plus years on the job and in the job market) are increasingly equal for women and men. Furthermore, research shows subsidizing the cost of child care and providing paid parental leaves of up to six months would help women return to work sooner, and would help men to more equally share care.

It is true that, when factors such as occupation and parental or marital status are used as control variables in statistical models aiming to explain what ’causes’ the wage gap, the size of that gap is reduced, and what is left unexplained is generally thought to possibly be the result of discrimination. But it is just as likely that discrimination affects these ‘control’ variables as well as the size of the remaining gap. Peer reviewed literature surveys published in mainstream economics journals, including a recent study by Francine Blau and Lawrence Khan estimate that 38 percent of the gross wage gap remains unexplained when factors reasonably thought to affect productivity are included as control variables in the models. Blau and Kahn estimate that occupational segregation—where women work in lower paid jobs, typically done by women, and men work in higher paying jobs typically done by men— along with segregation by industry and firm, are now responsible for half the wage gap. While some occupational differences result from differences in preparation for the labor market by women and men, others result from different job assignments by employers when women and men first participate in the labor market.

It is important to look at the 79 percent figure as a baseline to understand the true magnitude of the problem, so we can intervene on factors such as employer bias, career preparation, and time spent on family care. When we look at the control variables, the findings do not indicate that the wage gap is actually a smaller problem than we thought. The findings indicate that women need more information and opportunity to pursue certain lucrative careers, like those in STEM, where the largest employers are only now providing paid family leaves that can encourage the more equal division between women and men. Redressing the US lag in providing paid family leave and subsidized child care can help, but so can improved information about pay and stronger enforcement of our equal opportunity laws.

Heidi Hartmann, Ph.D., is a labor economist, president and founder of the Institute for Women’s Policy Research, and a MacArthur Fellow.

Barbara Gault, Ph.D., is the vice president and executive director of the Institute for Women’s Policy Research.

Ariane Hegewisch is a study director at the Institute for Women’s Policy Research.